Please sign the petition below urging Chinese Ambassador Cui Tiankai to call for an end to China’s horrific dog and cat meat trade!

Tell Chinese Ambassador to the U.S., Cui Tiankai, to Call for an End to Dog and Cat Meat in China!

I respectfully urge the Chinese government to adopt an animal cruelty law to end the suffering of the 10 million dogs killed annually in China’s dog meat trade and change the way all animals in China are treated.

I have great respect for the Chinese people and Chinese civilization, but I am horrified to learn of the brutality to animals that current laws do not address.

Dogs and other animals are sentient, feeling beings who need protection from the atrocities inflicted on them every day in the dog meat industry and elsewhere. I strongly urge the Chinese government to pass a law that would ban dog slaughter, and create the offense of cruelty to all animals that penalizes cruel treatment, confinement, transport, slaughter, and neglect.

China’s dog and cat meat trade is a horrific and unregulated commercial industry that brutally tortures animals for profit. An estimated 10 million dogs and 4 million cats are slaughtered in China each year for meat. The dogs and cats are tied up, trucked long distances in cramped wire cages stuffed with dozens of other animals, then beaten, burned, or boiled alive. Nobody checks to see where these animals come from – many are heartlessly stolen from their homes or darted with poison on the streets and dragged away to slaughterhouses.

In 2015 and 2016, LCA’s Sam Simon Special Investigations Unit documented the brutal Yulin Dog Meat Festival, exposing the horrors to the world. Thanks to the efforts of LCA investigators and activists around the world, far fewer dogs are being slaughtered at the festival than in previous years — and LCA will keep campaigning until the festival is shut down completely.

LCA’s undercover footage of dog slaughterhouses in the Jilin province, near the northern city of Changchun also exposed horrific abuse. The footage was turned over to authorities at the Nongan Animal Health Bureau (AHB) in Northern China, resulting in the closure of two slaughterhouses: Wangyajun and Zhao Zhiyong, which alone killed an estimated 200,000 dogs per year. LCA’s undercover footage also documented the cruelty at the Dong Wanquan, Wang Ting, and Shandong dog slaughterhouses — each of which slaughters thousands of dogs every month. LCA is working to close these facilities down.

Although it was once illegal to keep dogs as pets in China, times have changed and many households now include dogs as part of the family. This has led many Chinese citizens to shun dog meat and speak out against the cruel industry, resulting in a decrease in the number of dogs slaughtered for their meat. Legislation to end the dog and cat meat trade has been proposed by National People’s Congress Deputy Zheng Xiaohe and almost nine million Chinese citizens have voiced their opinion online in support of the legislation.

LCA is dedicated to putting an end to China’s dog and cat meat trade and your support is crucial.

The U.S. government has been putting pressure on China to end the dog meat trade by introducing anti-dog and cat meat bills and resolutions. Congressman Alcee L. Hastings (D-FL) introduced the following:

H. Res. 401: Urging all nations to outlaw the dog and cat meat trade and to enforce existing laws against such trade – Introduced on 6/22/17, this resolution was adopted on 9/12/18.

Although non-binding resolutions are not laws, they have been used to state official congressional positions on issues and can affect future legislation, including treaties, trade agreements, and travel policy.

WHAT YOU CAN DO:

Mail your letter to the following address:

2. Make a donation today to keep LCA undercover investigators in the field to put an end to China’s dog meat trade. 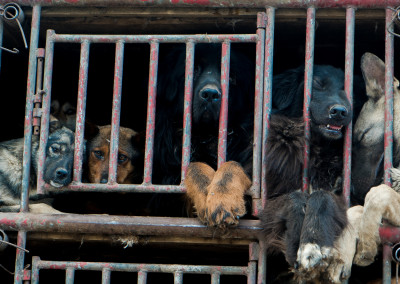 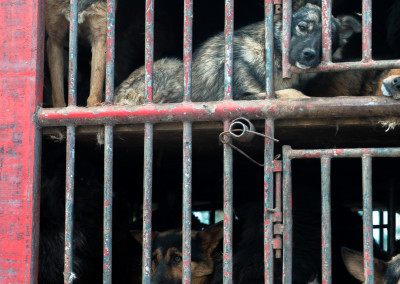 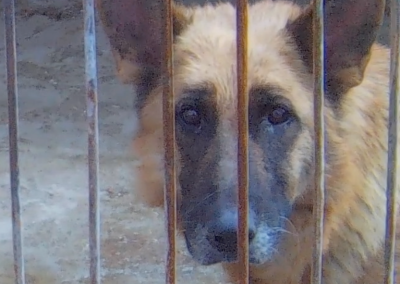 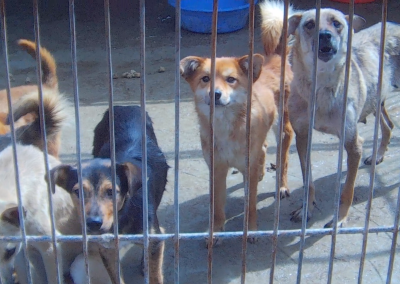 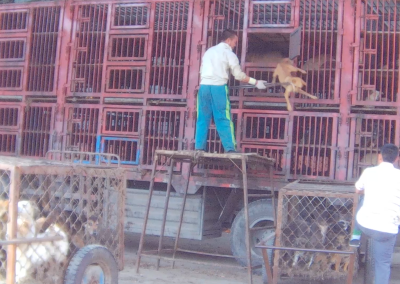 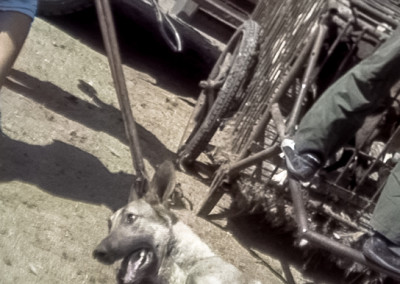 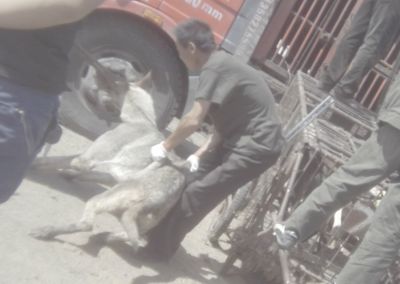 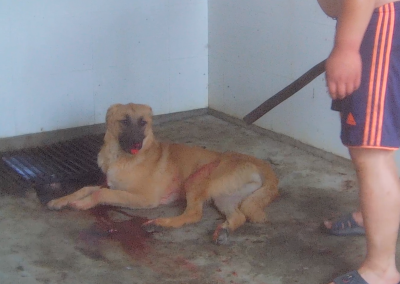 Dog about to be clubbed at Chinese dog slaughterhouse

Dog about to be clubbed at Chinese dog slaughterhouse 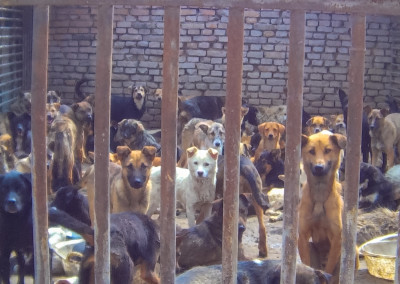 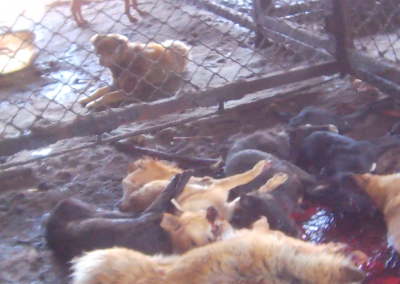 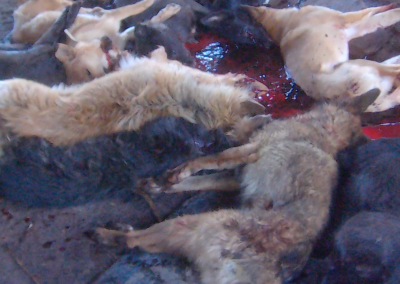 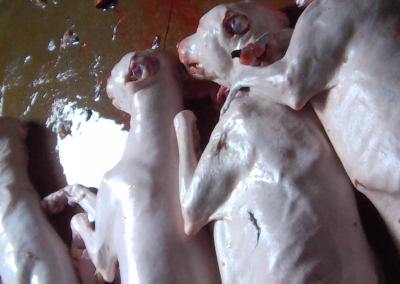 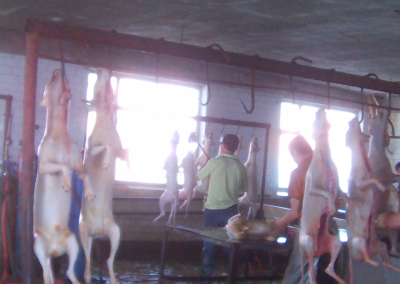 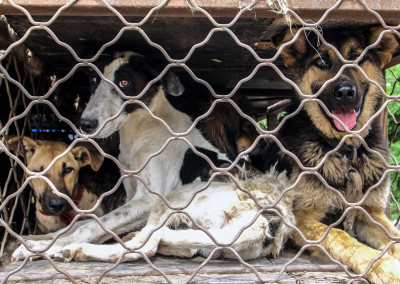 Dogs wait in a truck outside a large Chinese slaughterhouse

Dogs wait in a truck outside a large Chinese slaughterhouse 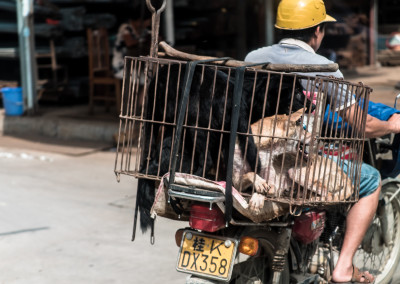 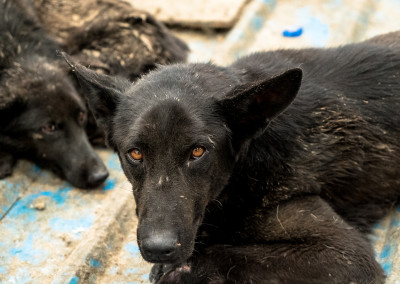 Dog bound for slaughter rests after being transported to rescue shelter

Dog bound for slaughter rests after being transported to rescue shelter

Last Chance for Animals (LCA) is an international, non-profit organization dedicated to eliminating animal exploitation through education, investigations, legislation, and media attention.  LCA believes that animals are highly sentient creatures who exist for their own reasons independent of their service to humans; they should not be made to suffer for the latter.  LCA opposes the use of animals in food and clothing production, scientific experimentation, and entertainment and promotes a cruelty-free lifestyle and the ascription of rights to non-human beings.